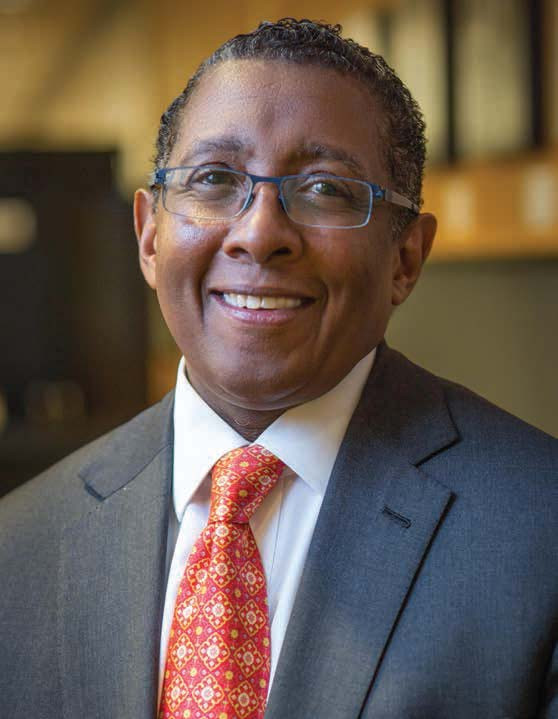 Chairman of the Board Former Managing Director- Morgan Stanley

In 2010, William H. Wright II retired as a Managing Director of Morgan Stanley, having joined the firm in 1982.  During his career in investment banking at Morgan Stanley, he was Head of the Corporate Finance Execution group where he was responsible for leading and coordinating teams in the execution of complex equity offerings for multinational corporations. Notable offerings include the 1999 $5.5 billion initial public offering of United Parcel Service (UPS), the 1998 privatization by the U. S. government of its uranium enrichment business, USEC, Inc., and numerous privatizations of state-owned enterprises of the Republic of France such as Renault and Rhône-Poulenc.  He served for two years as Worldwide Director of the Firm’s Financial Analyst Program.  Mr. Wright was also a Trustee of the Morgan Stanley Foundation.

In May 2013, Mr. Wright was elected an independent director of Zweig Fund and Zweig Total Return Fund, where he was chairman of the audit committee and the designated financial expert.  With the restructuring of these funds in 2016, he became an advisory director to Virtus Closed End Funds. In September 2018, Mr. Wright was appointed to the board of Alcentra Capital Corporation, where he is chairman of the compensation committee.

Mr. Wright has been consulted by the Securities and Exchange Commission Division of Corporation Finance and the U. S. House of Representatives Committee on Financial Services with respect to securities regulation reform.  He has served on the faculties of the Ray Garrett Institute of the Northwestern University School of Law and the Practising Law Institute. He has also been a panelist at the American Bar Association’s Business Law Section.

Mr. Wright has been involved with Yale since his graduation.  He was chairman of the reunion gift committees for his 10th, 15th, and 25th reunions, receiving the Alumni Fund Chairman’s Award in 1992 for setting the record for a 10th reunion gift.  In 1993, he was elected to the Board of Directors of the Yale Alumni fund where he served until 2001.  During this time, he regularly returned to campus to give the keynote speech to launch the Senior Class Gift Campaign.  In 2001, Yale’s president appointed Mr. Wright to the University Council, where he served until 2012.  He was elected to a two-year term as Chairman of the Board of Directors of the Alumni Fund in 2004.  Mr. Wright is Chairman of the University Library Development Council and a member of the Board of Trustees of the Berkeley Divinity School at Yale.  He is also an Associate Fellow of Morse College.  In 2008, Mr. Wright was awarded the Yale Medal, the highest honor afforded alumni for distinguished service to the University.

He received a Master of Business Administration from the Darden School of the University of Virginia in 1987 where he was named the Thomas I. Storrs Fellow (for leadership, scholarship and humanitarianism), received the C. Stewart Sheppard Award (for public service), and was elected to University Raven Honor Society.

Within his community, Mr. Wright was Senior Warden of St. Thomas Church Fifth Avenue and Vestryman of Trinity Church Wall Street.  In 2012, the Bishop of New York appointed him as a Trustee of the Diocese, where he is the first chairman of the Finance Committee. He is also a member of the board of Mount Sinai Health System, Inc. and its six member institutions. He is a member of the Board of Directors of the New York City Ballet, where he serves as co-chairman of the New Combinations Fund. He is Treasurer and a member of the Board of Trustees of the Historic Hudson Valley and trustee of the Doris Duke Charitable Foundation. Mr. Wright also serves on the board of the Josiah Macy Jr. Foundation where he became board chairman in October 2010. Mr. Wright was elected a Life Member of the Council on Foreign Relations in 2000.

Mr. Wright has a special interest in innovative philanthropy. He was a founding partner of the Acumen Fund, a non-profit global venture fund that uses entrepreneurial approaches to solve the problems of global poverty. He was a founding trustee of DonorsChoose, which became the template for charitable giving in public school education by using the internet to connect teachers to donors who fund specific project proposals for materials or experiences their students need to learn. DonorsChoose was named the most innovative philanthropy of the year in 2005 by Amazon.com  and Stanford Business School.  He also was a speaker in November 2005 at the Yale School of Management’s conference on the Future of Philanthropy.