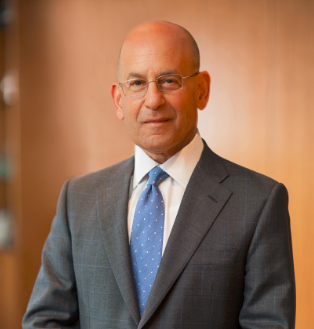 Steven M. Safyer, MD, is President and Chief Executive Officer of Montefiore Medicine. Montefiore Medicine includes Montefiore Health System, one of New York’s premier academic health systems and the Albert Einstein College of Medicine. An accomplished clinician, physician leader, and educator, Dr. Safyer has been recognized by Modern Healthcare on their lists of the “Most Influential People in Healthcare” and “Most Influential Physician Executives and Leaders.”  He also was inducted into the 2018 Crain’s New York Business Hall of Fame.

Prior to being appointed President and CEO of Montefiore in 2008, he held a variety of increasingly senior leadership roles at Montefiore, including Senior Vice President and Chief Medical Officer from 1998 until 2008. Under his leadership, Montefiore significantly expanded the breadth and depth of its clinical care services. It is now composed of a network of 11 hospitals, including the Children’s Hospital at Montefiore and Burke Rehabilitation, plus more than 200 ambulatory care centers in the Bronx and the Hudson Valley.

During his tenure as CEO, Dr. Safyer strengthened the relationship between Montefiore and Albert Einstein College of Medicine by identifying, leveraging and nurturing key synergies in research, clinical care, and education between the two organizations. His efforts culminated in the integration of the two organizations and the creation of Montefiore Medicine in 2015.

Throughout his career he has been a leader in the development of innovative business and clinical strategies designed to provide high quality care management under prepayment and other value-based arrangements. He was an early champion of clinical information systems and launched physician order entry in the 1990s that supported his focus on creating nationally recognized quality and safety programs.

In addition, Dr. Safyer has always been deeply committed to improving healthcare for the underserved and galvanized a broad effort to stem the burgeoning epidemics of HIV and TB that were taking their greatest toll on the poor during the 1990s in New York City. A champion for a single standard of healthcare quality and access regardless of social or economic circumstances, Dr. Safyer led the way for Montefiore to set a new standard for equitable healthcare systems.

Dr. Safyer earned his medical degree from Albert Einstein College of Medicine and completed his internship and a residency in Social Medicine at Montefiore.  He is board certified in Internal Medicine, as well as a Professor of Medicine and a Professor of Epidemiology and Population Health at Einstein.  He is a fellow of the New York Academy of Medicine, a founding member of The Health Management Academy, and a member of the Healthcare Institute.  He received his Bachelor of Science degree from Cornell University.

Dr. Safyer currently serves on the boards of the New York Academy of Medicine, Association of American Medical Colleges Council of Teaching Hospitals (COTH) Administrative Board, NYC Board of Corrections, and Coalition to Protect American’s Health Care. He is also on the boards of the League of Voluntary Hospitals and Homes and Greater New York Hospital Association (GNYHA).